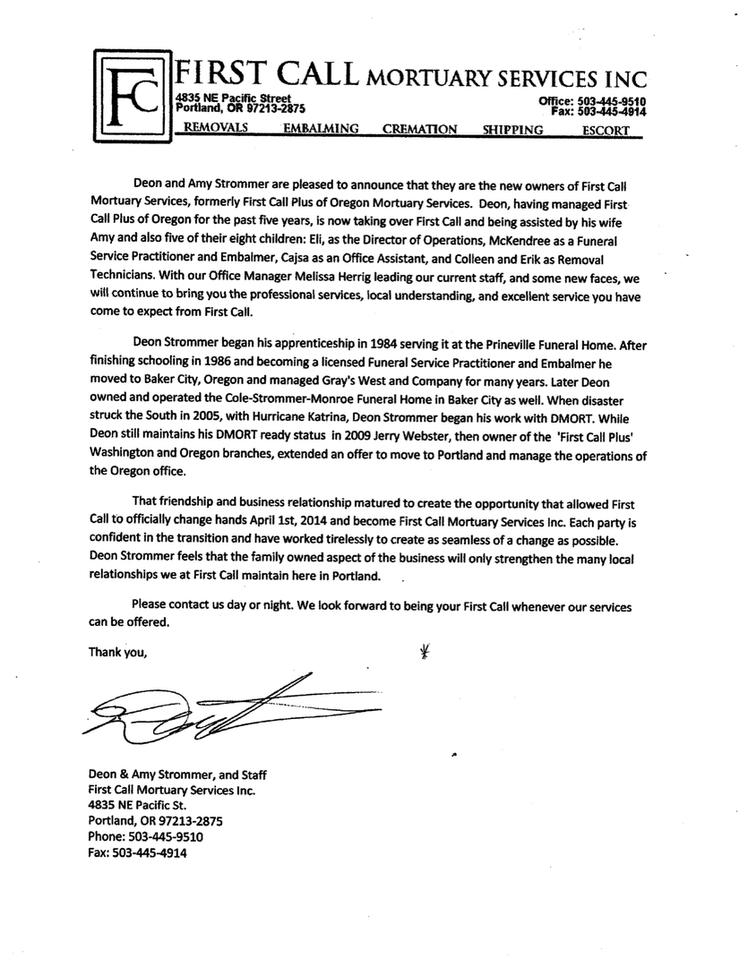 For over 40 years, First Call Mortuary Services has provided unparalleled services to not only the Pacific Northwest, but the entire United States. Over these years First Call has undergone several major changes. Originally known as Oregon Funeral Services, the company was sold in 2009 by Don Ballantyne to Jerry Webster, owner of First Call Plus, located in Kent, Washington. Jerry Webster then entrusted the management and operation of his new Portland location to Deon Strommer. In 2014, after successfully running the mortuary for five years, Deon purchased the business and changed its name for a third time, to the name it bears today: First Call Mortuary Services.

Since then, FCMS has not only maintained the standard of excellence set in place by its previous owners, but has also thrived, grown, and expanded its operations.